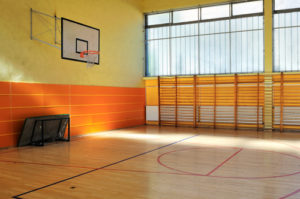 The doctrine of governmental immunity protects state employees and entities, such as public schools, from lawsuits in a number of situations. Now, the Pennsylvania Supreme Court will consider whether a public school should receive immunity from a lawsuit involving an accident that left a student with a head injury.

The Commonwealth Court allowed the student to sue his former school after he tripped and collided with a concrete wall in the elementary school gym, suffering a head injury. Although parts of the gym wall were covered with protective padding, the wall the student collided with was not.

The accident occurred in May 2012, and it forced the student to miss the remainder of the year. He returned to school the next fall but still suffered from memory and cognition problems, which caused his grades to suffer. In a February 2015 deposition, the student testified that he continued to have problems with his memory, as well as suffering from head pain.

The family filed a case against the city and the school district in 2013. The Court of Common Pleas in Philadelphia granted a motion for summary judgment on behalf of the school district, saying that the “real property exception” to governmental immunity did not apply to gym wall padding because the pads are personal property, not real estate.

The Commonwealth Court overturned the trial judge’s decision, stating that the exception applied and that immunity was not appropriate. Now, the Pennsylvania Supreme Court will make a final decision.

If you’ve been injured on government property or through a negligent act by a government worker, you may be able to seek compensation—but you will need to navigate a complex system of rules that affect when, whether, and how lawsuits against the government may be filed. Don’t hesitate to contact an experienced Pittsburgh injury lawyer who can help you understand your legal options. Contact Goodrich & Geist today.

The articles on this blog are for informative purposes only and are no substitute for legal advice or an attorney/client relationship. If you are seeking legal advice, please contact our law firm directly.