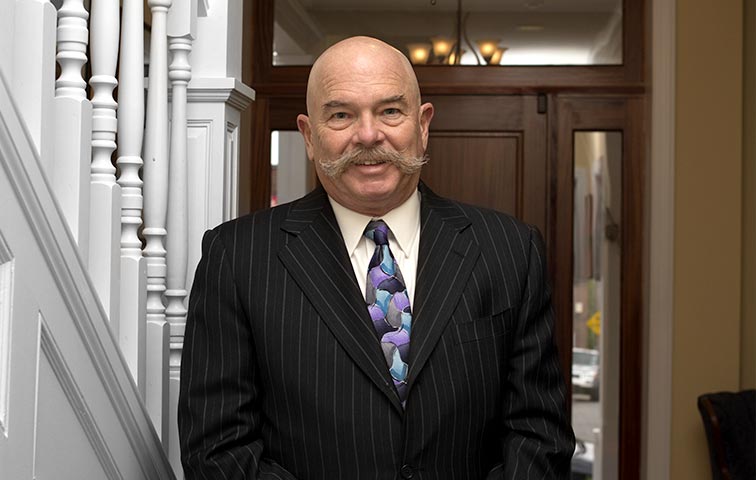 "I've spent more than 30 years as a voice for people who've been injured, whose families have been killed, whose children have been harmed,"
- Bill Goodrich

Born in Pittsburgh, Bill is the son of a city firefighter. After growing up in Pittsburgh’s Garfield section and in Penn Hills, Pa., he worked his way through college and law school, earning his Juris Doctor degree from Duquesne University.

He was honored with the Rosenberg Award in 2000 for service to the Pennsylvania Association for Justice. Attorney Bill Goodrich lectures locally, statewide and nationally on a variety of topics dealing with the representation of personal injury victims. He has secured seven-figure verdicts against municipal defendants under real property, motor vehicle and guardrail design over the years. Attorney Goodrich has been recognized as being one of Pittsburgh’s Best Lawyers (Pittsburgh Magazine, February 2005-2011 Editions top 50 in Pittsburgh), as well as one of The Best Lawyers in America (2005-2011 Editions), and has been named a Super Lawyer in 2004 – present (Philadelphia Magazine) as well as one of the top 100 in Pennsylvania, and also Pennsylvania Super Lawyers magazine, a web-based magazine. Attorney Goodrich has an AV® Martindale-Hubble Reporter rating which is a testament to the fact that a lawyer’s peers rank him or her at the highest level of professional excellence.

Bill has acted as an arbitrator in more than 300 cases for the Common Pleas Court of Allegheny County and the U.S. District Court’s Western District.

Bill, his wife, and their young daughter live in Pittsburgh’s Brighton Heights neighborhood. In the Community. Right now, Bill is working closely with the Brighton Heights Citizen Federation.

Statute of Limitations for Workplace Injury?