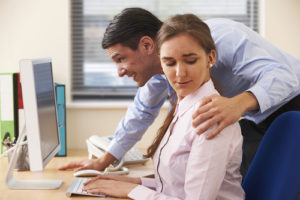 You never know when you will be sexually assaulted, but if it happens to you, one thing is clear, you will never forget it. The experience can take a devastating toll on your personal life, and on all of your ensuing relationships. The lasting damage it creates is one reason why some women are bringing allegations of sexual abuse to light after many years. Often times, making a predator own up to their behavior is a big step and can start the healing process.

A Pennsylvania Board of Education chair is currently facing major accusations that he sought out sexual relationships with teenage girls over 35 years ago when he was already in his late twenties and early thirties. These revelations came out when two women told the Philadelphia Enquirer that they had long-term sexual relationships with the individual when they were both 16 and 17, respectively.

One of the women involved in the incident claims that their relationship started in the summer of 1981, only a year after she had graduated from high school. Not only that, the inappropriate relationship then continued at the University of Pennsylvania where the man was also her rowing coach.

The woman states that when he was the coach of the elite rowing team that he allegedly invited himself along with another young female rower on the team to a nude beach after a West Coast competition. While the woman admits that she believed the relationship to be consensual at the time she now realizes that her being so young and him being so advanced in age that he used his position of power and her innocence to coerce her into their affair. The woman also noted that he was married at the time of their relationship and that she was well aware of his marriage while they were together.

The longtime chairman has denied these accusations by the Philadelphia Enquirer although attempts to reach him by the Associated Press have so far been in vain as he has not returned any of their calls.

This is not the first time that he was accused of sexual allegations either – it was reported that when he was 21 years old he was charged with the rape and statutory rape of a 15-year-old girl who was friends with his sister. The Schuylkill County Pa., jury found him not guilty in the case, however, when the woman was recently reached out to for a comment after these new stories had surfaced, she said that she still stands by her original testimony that she made at the trial that he did, in fact, rape her.

Despite his denial on these recent allegations, it has been learned that he has already told the Pennsylvania Board of Education and the state education department about his intention to step away from the board. It is also now understood that the governor has already accepted the chairman’s resignation.

Institutional sexual abuse and assault cases are often difficult to litigate. Institutions will often attempt to protect the defendant who committed the sexual abuse or assault in order to maintain their public image. For this reason, it can be difficult to bring these types of allegations to light. Choosing a well-qualified lawyer you can trust to fight for you is of utmost importance. The Northside attorneys at Goodrich & Geist, P.C have many years of experience dealing with institutional sexual abuse and assault cases in and around the Pittsburgh area. They meticulously prepare every case as if it will go to trial. Having the guidance and support of a well-qualified attorney in your corner can help you deal with these traumatic issues. Call 412-837-8426 or fill out our contact form online to schedule an appointment today.

The articles on this blog are for informative purposes only and are no substitute for legal advice or an attorney/client relationship. If you are seeking legal advice, please contact our law firm directly.