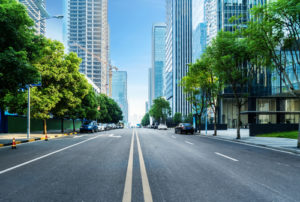 One noticeable effect of the Coronavirus pandemic was just how empty the roads were. While one would think that clear roads and less traffic would help lower the risk of motor vehicle accidents, a recent report from the Iowa State Patrol indicated otherwise.

Like the Iowa State Patrol, the California Highway Patrol also saw an increase in speeding tickets. They issued over 15,000 speeding tickets for drivers going over 100mph between mid-March through mid-August; this was more than a 100% increase when compared to the same time period back in 2019. Other states saw a similar increase; state police in Utah saw a 23% increase for tickets given to drivers going more than 20mph over the posted speed limit while in Pennsylvania, tickets for excessive speeding (driving more than 100mph) jumped 25% between June and August. Officer Ian Hoey, a representative for the California Highway Patrol said that one main potential cause of the uptick could be drivers taking advantage of the empty roads.

To show just how dangerous this trend has been, Ohio – who has seen a 61% ticket increase when compared to 2019 – ticketed a driver in the Cincinnati area for going 147mph. While excessive speeding had originally increased in the early days of the pandemic, the trend has continued as states begin to reopen and roads become more congested. In July of this year, Ohio saw its’ highest rate of road fatalities since 2007.

While patrol did not participate, some Ohio police agencies eased up on pulling drivers over for minor traffic infractions in an effort to help slow the spread of the virus. Additionally, law enforcement officers were spread thin for several weeks to not only help distribute food but to provide security for civil unrest that broke out after the death of George Floyd on May 25th; Floyd died while in police custody after a viral video showed an officer bending on his knee for nearly nine minutes.

Lt. Craig Cvetan, a spokesperson for the Ohio patrol, said that “when people see less troopers on the roadway or they see less law enforcement out working there is the tendency for them to start committing traffic violations.” Law enforcement officials in Vermont echoed this sentiment; they reported 43 road fatalities in 2020, which was up from 21 in 2019.

Did you or a loved one sustain serious injuries due to a motor vehicle accident in Pennsylvania? Don’t let the medical bills pile up while you wait for the negligent party or their insurance company to do the right thing. Right now, you need an aggressive personal injury attorney on your side, fighting to get you the compensation you need, want, and deserve. The skilled attorneys at Goodrich & Geist, P.C. represent clients injured because of car accidents in Pittsburgh and the surrounding Western PA counties. Call (412) 564-4770 or fill out our online contact form to schedule a consultation about your case. We have an office conveniently located at 3634 California Avenue, Pittsburg, PA, 15212.

The articles on this blog are for informative purposes only and are no substitute for legal advice or an attorney-client relationship. If you are seeking legal advice, please contact our law firm directly.