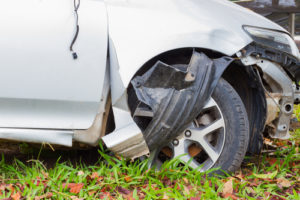 The motor vehicle accident that caused a father to lose his life while driving a Tesla has since been blamed on both technical failures and human error. Federal regulators have concerns about these vehicles that are somewhat automated because there has not been enough done to address safety-related issues.

Multiple drivers have been involved in accidents while riding in a Tesla, some of which have been fatal. The National Transportation Safety Board (NTSB) performed an investigation to determine the cause of the accident. It shows that the autopilot features installed in these vehicles may not be the safest feature to use while on the road. Those who currently own and operate these vehicles should think twice before using the feature that could potentially put them at a greater risk of getting into an accident.

A chairman of the National Transportation Safety Board, Robert L. Sumwalt III has stated that there are not enough safeguards to provide the utmost protection to drivers when they are using the automated feature. Without proper safeguards put in place, drivers have a much greater risk of getting into an accident while on the road.

He has stated that despite the advances in technology, many of the features are causing people to sustain injuries or even die as a result of these accidents that can happen. He wants people to know that just because these vehicles are advertised as self-driving cars does not mean they truly are. Sumwalt believes no one should allow the vehicle to do the driving for them because it is simply not safe.

There are several investigations taking place to determine the overall safety of Tesla vehicles and what could possibly be done to provide a safer experience for drivers. However, it appears that the manufacturers are often waiting until something bad happens to make adjustments rather than doing the research now to find out what they can do to enhance safety features and make it a lot safer for people to use these types of vehicles. Technology developers are advised to use the appropriate type of technology in these vehicles that would not cause a greater risk for motorists.

When the crash first occurred that caused the driver, Walter Huang, Tesla attempted to blame the driver by saying that he must not have been paying attention to the road while in his vehicle. However, it appears that Huang noticed the vehicle would attempt to get him to make a turn in an area that would have caused him to drive off the highway several times before the actual accident occurred, meaning there was an obvious issue with his Tesla in the first place.

Even with the errors, NTSB also noted that Huang often relied on Tesla’s autopilot feature and that he was playing a game while behind the wheel on the day of the accident that killed him.

Huang’s family has filed a lawsuit due to Tesla’s misleading advertisements that led him to believe that the vehicle he was driving was much safer than other vehicles on the road. They are seeking compensation from the company with hopes that Tesla will be more transparent in the future.

Did you or a loved one sustain serious injuries due to a car accident in Pennsylvania? Don’t let the medical bills pile up while you wait for the negligent party or their insurance company to do the right thing. Right now, you need an aggressive personal injury attorney on your side, fighting to get you the compensation you need, want, and deserve. The skilled attorneys at Goodrich & Geist, P.C. represent clients injured because of car accidents in Pittsburgh and Western PA counties. Call 412-837-8426 or fill out our online contact form to schedule a consultation about your case. We have an office conveniently located at 3634 California Avenue Pittsburgh, PA 15212.

The articles on this blog are for informative purposes only and are no substitute for legal advice or an attorney-client relationship. If you are seeking legal advice, please contact our law firm directly.