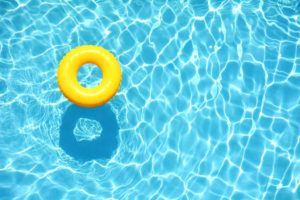 Swim lessons turned dangerous after a freak accident at a pool when several children were exposed to chlorine gas.

A local fire rescue arrived to respond to the call for several children suffering from vomiting and nausea after being exposed, and five of the children were transported to the hospital to ensure that the exposure to the chemical was not life-threatening. All of the children were released from the hospital after being checked over with no serious effects from the exposure. Exposure to chlorine gas can cause several different symptoms, from mild to severe, including vomiting, nausea, blurred vision, and even fluid buildup in the lungs in some extreme cases.

It is believed by the owner of the pool that a storm caused one of their breakers to trip, which resulted in the pump that circulates the water to stop. This then caused the chlorine to build up in the pipe rather than being released at a slower rate. Once the water-circulating pump started working again, all of the chemicals built up into the pipe released a cloud of chemical gas. As this was a small cloud, the exposure was smaller than it could’ve been. It was found that about two and a half gallons of chlorine were involved with this reaction.

The pool building was vented and tested to ensure that the chemical levels in the pool were safe and balanced. Once the building was free of the chlorine smell, the owners were able to enter and resume business.

This story has a good ending in that the chemical exposure was limited and that the children exposed who showed symptoms were okay. Cases of personal injury, such as this one, may be seen as something that doesn’t require legal remedies as the children were all okay, but there are medical bills that need to be paid and the potential for other costs involved. When involved in an incident such as this one, speaking with an attorney can help to protect your right to compensation. Contact the law office of Goodrich and Geist to discuss your personal situation and any legal remedies available to you.